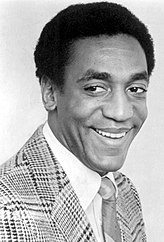 Bill Cosby has been in the limelight quite a bit recently, but not for the reasons you’d think./PHOTO VIA Wikimedia Commons

Over the past month, “America’s dad,” Bill Cosby, has been in the spotlight a lot more than usual. No, its not because of his newly released biography. It’s because yet another woman has spoken out and accused him of rape. Over the past few years, 15 women have come forward and told their stories about how Cosby had both drugged and sexually abused them.

Although these allegations have been present for quite sometime, they have just recently began to work their way out of the shadows after comedian Hannibal Buress accused Cosby of being a rapist in one of his shows this past October. After this, the public took to Twitter and posted countless memes about his rape allegations. It was almost impossible for Cosby’s PR team to sweep the subject under the rug again.

In 2004, a woman named Barbara Bowman publicly announced that Cosby had drugged and raped her in his apartment when she was only 19. He had been her mentor and he used his power as a way to manipulate her. When she first tried to press charges directly after it began to happen, she was ignored. No one wanted to believe that “America’s dad” would commit such a horrible crime. So, her story stayed covered up until recently.

Last Thursday, Bowman published an op-ed in The Washington Post titled, “Bill Cosby raped me. Why did it take 30 years for people to believe my story?” The article horrified the public. I personally hadn’t even heard of these allegations until now. It seemed as if every time someone stepped forward to tell their stories, Cosby’s PR team quickly silenced them. It’s not surprising that 10 out of his 15 accusers have remained anonymous and are still refusing to talk out of fear.

In a recent VICE article, Barbara Bowman released the horrifying details about her time spent with Cosby, as well as her struggle with trying to expose him to the public. She stated that when she tried to tell her story, both her agent and attorney laughed in her face and refused to believe a word she said.

Since all of these details have surfaced, TV Land has pulled “The Cosby Show’s” syndicated repeats. My question is, at what point in someones career do they become completely immune to any type of punishment? The public knew about Cosby’s sexual abuse allegations for years, yet everyone chose to turn a blind eye.

It seems as if in the past year, the public has been doing this quite often. A similar story about Woody Allen appeared when his daughter, Dylan Farrow, accused him of sexually abusing her when she was a child. Despite all of this, Allen was still nominated for an Oscar this year.

It’s nauseating how often we turn a blind eye to such horrible acts when they are carried out by our role models. Hopefully, the fact that the public is finally standing up against Cosby will start a trend for people to follow in the future.