Nov04 Comments Off on The Art Equation: A brilliant art forgery fail 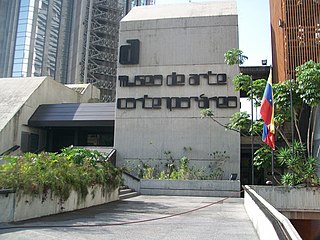 For the past 12 years, the 3 million dollar painting has been floating dangerously through various art collectors’ hands, crossing many country lines. However, the painting has since been returned to the museum after being rescued in 2012 by the FBI, and it is now on display for the first time since its theft.

The couple attempting to sell the painting at the time of its discovery have been arrested and convicted, but the original thieves are still unknown. Many have pointed fingers at the museum, accusing them of negligence, but the museum is not held responsible for the theft. The only trace of the original thieves that remains is the very poorly done forgery they left behind when it first disappeared.

The forgery is one of the worst done in history. The composition of the copy is different than the original; the figure is proportioned differently and there are a number of discrepancies in the number of stripes in the foreground and background.

Matisse completed the painting in 1925. As with all paintings of that time period, it was done in oil paint. The forgers of the Venezuelan heist completed their copy with acrylic paint. Not only did acrylic paint not exist at the time Matisse was painting, but the synthetic pigment of the forged copy takes on different saturations and hues; the color quality between the two paintings is completely different. To make matters worse there is a massive brown stain on the copy.

The Museo de Arte Contemporaneo de Caracas Sofia Imber has chosen to display the two works, the original and the copy, side by side. While experts and critics have spoken out against the decision, saying that it condones the theft, there is a certain humor that comes from seeing the two pieces together.

Whoever the original thieves are, they have taken a great deal of criticism for the copy they left behind (because if you’re going to steal a multi-million dollar painting, at least do it well, right?). However, the way I see it, these thieves are brilliant. By the time anyone realized that there was a copy in the place of the painting, they had long since reaped the benefits of the stolen painting and it had already changed hands several times. And now, their poorly made copy is famous all over the world and displayed at a world-renowned museum, albeit for others reasons than its artistic finesse.

These anonymous, world-famous art thieves made one of the worst forgeries of all time, and did it in the most successful way possible. It is one of the most brilliant and terrible art forgeries.