Oct16 Comments Off on The Stage Door: New “Hedwig” Michael C. Hall and the show’s influence on gender roles 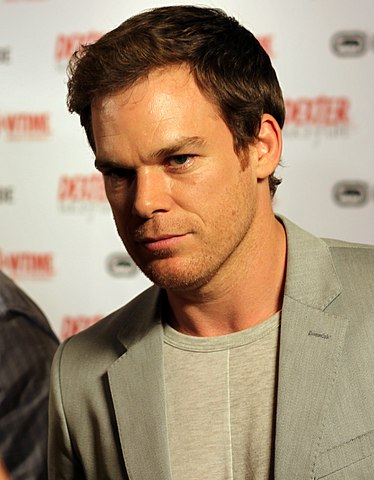 “Dexter” star Michael C. Hall is set to replace Andrew Rannells as the title role in Broadway’s “Hedwig and the Angry Inch” this Thursday./PHOTO VIA Wikimedia Commons

I will preface this by being the first to admit that when the revival of  “Hedwig and the Angry Inch,” starring Neil Patrick Harris, was announced, I first thought, “Yes, NPH! I love him!” However, my second thought was, “Wait. What in the world is ‘Hedwig and the Angry Inch?'” This is coming from someone who has seen some pretty obscure things.  “Hedwig” had never been on my radar.

For those of you who are a little lost like I was, I’ll give you a brief synopsis. “Hedwig” focuses on an East German transgendered singer, who is left with an “angry inch” after a botched sex change operation. The operation was performed so that Hedwig could leave communist Germany and move to the United States with his husband to-be; however, in order to be married in Germany, the couple had to consist of a man and a woman. So, after Hedwig’s sex change, the two were married and moved to a trailer park in Kansas. But one year later, Hedwig’s husband leaves her for a man, on the same day that the Berlin Wall falls and Germany reunites. The show is essentially a rock concert, lead by Hedwig, who is joined by her band and her new husband, Yitzak (played in the revival by this year’s Tony Winner for Best Featured Actress in a Musical, Lena Hall).

I know, it’s a lot to take in. In its original off-Broadway run, “Hedwig and the Angry Inch,” starring John Cameron Mitchell, who also wrote the book of the show, became somewhat of a cult classic. It won an Outer Critics Circle Award for Best Off-Broadway Musical. It was extremely successful, and it led to a film adaptation that became a cult-classic.

Now, 14 years later, “Hedwig” has easily become one of the most popular musicals on the market in its appeal to a new generation of theatre-goers. The show won this year’s Tony Award for Best Revival of a Musical under the direction of Michael Mayer, known for his work on other rock musicals like “Spring Awakening” and “American Idiot.”

Mayer definitely knows how to emotionally reach and affect his audiences through his work, and “Hedwig” is no exception. He often accomplishes this feat with help from his well-cast actors. After Harris won the Tony Award for Best Actor in a Musical, he completed his run, and Broadway favorite and “Girls” star Andrew Rannells took over the role. This Thursday, Rannells passes the torch on to Michael C. Hall. Not a bad line-up, if you ask me.

Whether it is because of Mitchell’s book, Mayer’s direction, or the work of the actors, “Hedwig” has become a catalyst for conversations regarding gender and sexuality.

In an interview with Paul Wontorek of Broadway.com, star Lena Hall described herself as a role model for those in the LGBT community, stating “the fact that now women are looking up to me who want to do drag, or are transgendered, or even who are just lesbian women who wanted to come out — it’s really cool.”

The musical even ends with Hedwig taking off her wig and fake breasts in front of the audience; I like to believe that Hedwig does this as a demonstration of her ability to be disassociated from any preconceived gender roles. While the audience may have already been emotionally connected to Hedwig and Yitzak, this scene really takes it to another level.

In terms of the actors, all three of the extremely talented men who have taken on (or will soon take on) the role of Hedwig are not only influential in the theatre community, but are also household names due to their appearances on popular TV shows (Harris on “How I Met Your Mother” and Hall on “Dexter”). Perhaps casting popular men in such a pivotal role is a way of opening more doors to get people thinking about gender roles and how we perceive others. Mayer certainly has followers, as do Harris, Rannells, and Hall; this may be one way to draw in audiences who have preconceived notions about the show and wouldn’t ordinarily see it otherwise. This is a common marketing tool, but a valid one at that.

I hope “Hedwig” continues to affect audiences in the way it already has. We’re ready for you, Michael C. Hall!