Oct14 Comments Off on Why are we still watching the “Amanda Show”?

What first comes to mind when you hear the name Amanda Bynes? 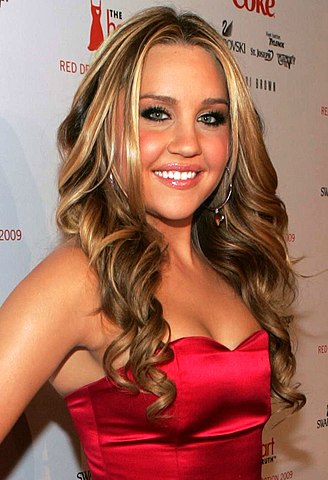 Why is it okay for us to laugh at Amanda Bynes’ recent struggles with drug and alcohol abuse and mental health issues? Answer: It’s not./PHOTO VIA Wikimedia Commons

From “The Amanda Show” to her recent Twitter shenanigans, Amanda has had a constant place in the public eye in the last few months. After her huge falling out on Twitter, in which she posted numerous tweets that freaked us all (mostly Drake) out, Amanda was sent to rehab and came back to hundreds of rumors as to what mental illness she had and why it made her act the way she did. Reports of her rumored schizophrenia, anxiety and depression were plastered all over every tabloid.

She seemed to clean up after her release and all of the talk quieted down. However, as I was scrolling through my Twitter feed last week, I realized that she reverted back to her old ways and is continuing to tweet bizarre things, which range from accusing her father of abusing her as a child to threatening to suing magazines and tabloids for libel.

I’m not writing this to talk about her strangeness or what she’s doing. I’m writing this to talk about why the hell we care so much about why she’s doing it. It’s quite obvious that she seems to have some sort of mental illness but why are we as a general public so fascinated by it? What makes it okay for us to take such extreme measures to know what is wrong with her?

Over the past few decades, mental health has become a spectacle, especially when it’s the mental health of someone famous. The brain itself is obviously something that would attract much curiosity due to its complexity but let’s be real; we’re not interested in the makeup of Amanda Bynes’ brain. We’re interested in how far her mental illness will push her and how much will it entertain us.

What I find to be the most ridiculous part of all of this is that my peers treat people with mental illnesses that they know personally with the utmost respect and they definitely don’t ask many questions about it. However, when the person is someone that lives on their televisions screens, that respect goes completely out the window and the mental illness becomes something to laugh at.

We as a public are beginning to look at mental health as a means of entertainment and a thing to get a laugh out of. Mental illness is no laughing matter and I think it should be taken seriously — whether it’s Amanda Bynes’ or your very own.