Oct08 Comments Off on The Political Lowdown: Why names like “Latte Liberal” are damaging the integrity of political conversation 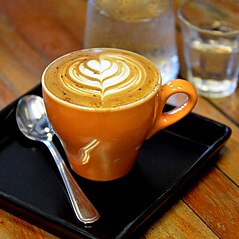 Name-calling is a part of communication from the moment we start talking. Inevitably, it pervades politics too.

BBC News Magazine writer Jon Kelly recently published an article on this very topic. He poses the question, “Why are lattes associated with liberals?” In his article, he dissects the reasoning behind the title “latte liberals,” a term pointed at left-leaning politicians intended to label them as out-of-touch, affluent idealists.

Kelly explains the meaning of the term, “‘It is light and frothy,’ say conservatives. Foreign sounding. An expensive indulgence. They don’t think much of the coffee, either.” It implies that liberals are really only superficially progressive, with ideals about the operation of American society that only work in their lifestyles — that is, according to the opposition, “coastal-dwelling,” “Prius-driving” and merely intellectual.

An example of the use of this term, Kelly notes, lies in an instance where President Obama hailed US marines with a coffee cup in his hand, becoming known as “the latte salute.” The term is similar to a couple of international names, including the “champagne socialists” of the United Kingdom, and the French gauche caviar (literally, the “left caviar”).

Domestically, conservatives get their own fair share of epithets, including “Nascar-watching” or “Bible-bashing” to describe Republicans. All said and done, pejorative names are thrown around political forums on the daily.

Citizens and political organizations alike partake in this practice. In fact, “trash-talking” the opposing candidate, party or ideology has become nearly institutionalized in political society. Negative campaign ads, attacking the opposition, are proven to be just as effective if not more persuasive than positive ads, which build up a candidate. It seems that politics has become centered around what an individual or party is trying not to be, versus having a set a values which he or she is.

Political parties and organizations play into this trend tremendously. Campaigns and slogans are based on this name-calling. Soundbites transformed by the media are widely circulated in order to prove the illegitimacy of an opposing candidate or party platform, or to boost the morality of one candidate as the opposition hurls insults at him or her.

This trend is important to identify, as it is also a dangerous precedent for political society. It leads to increased polarization between parties and their ideas, as each organization strives to be as far apart from the other as possible. This leads to unnecessary gridlock in Congress, so that stubborn politicians on both sides cannot agree to formulate bills that serve the interests of constituents, not the agendas of political parties. Name-calling only exacerbates the pettiness of politics, and gets individuals riled up and set in their trenches, ready to hurl insults at the “enemy.”

The fact is, these are political stereotypes. While specific instances may cause their origin, they do not at all reflect the lifestyles or ideologies of all who ascribe to a certain ideal, and do not illegitimize their right to have an opinion. By lessening the meaningless insults, American politics may become more efficient and streamlined, and attract those constituents turned off by the triviality of the political realm back into participation in the system.