Dec10 Comments Off on Snow My Gosh! 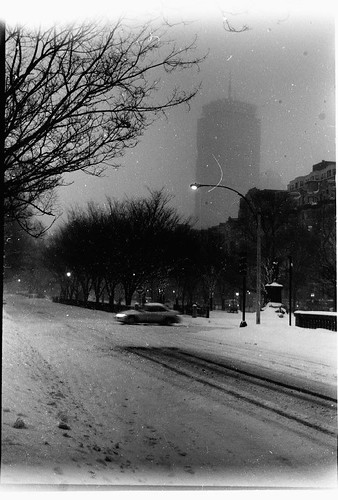 I knew that coming to a city like Boston for school would be a great opportunity to meet plenty of people my age, learn about a historical city and become independent from my parents.

One thing that especially appealed to me was the idea of getting to see snow all winter long. I’ve certainly seen snow before on a couple different accounts, but seeing it snow more than once in an entire winter is completely new to me.

Sure, it’s hard to give up the mild winter season I’m used to in the South, but the Boston snowfall feels like magic. I always thought the song “White Christmas” was a far-fetched hope, but it turns out, it actually does happen in Boston!

There’s really nothing like opening your dorm blinds and seeing the streets covered in patches of white. That was my first experience in snowy Boston. It feels ethereal, especially to someone who’s not used to the temperature dipping below 40 degrees the entire winter season.

When I was able to go outside (I finally got to break in my brand new snow boots!), the snow was still falling. During my first few moments, I just stood there on the sidewalk: breathing in the crisp air, feeling snowflakes fall onto my coat and soaking up this lovely winter day.

Unfortunately, after walking in it for two minutes, the snow became less phenomenal. The flakes were getting in my face and blinding me, I didn’t have a hat to protect my hair from getting snowed on, and taking out my iPod to listen to some music was a big no-no.

Turns out, snow is just like rain! You don’t get soaked right away, but when the snow melts on you, it feels just as unpleasant as the wet stuff in the middle of summer. Looking around at the other students walking down Commonwealth Ave., I thought to myself, “Those people with umbrellas don’t look so dumb after all!”

My first snow day in Boston is definitely something I’ll remember for a while. It wasn’t all pleasant, but it represents the kickoff for all the other snow days I’ll get to experience during my time here. For future reference, I’ll know just how to enjoy the winter weather: by staying inside, sipping on some peppermint tea, and enjoying the snowy view from a comfy spot.