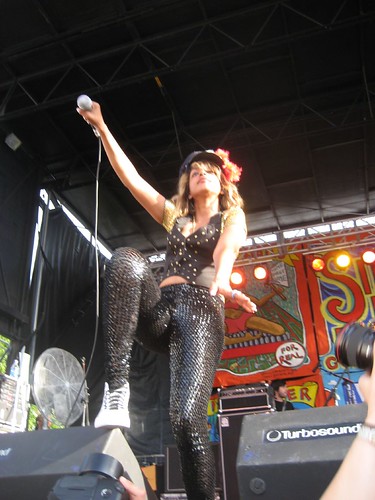 The style that made Mathangi “M.I.A.” Arulpragasam famous is all but decimated on her new release: “Matangi.”

Her songs used to be direct and simple, not on a stylistic level, but emotionally. The songs were easy to engage and enjoy, requiring little to no deciphering or decoding. But “Matangi” is not for dancing. It’s for thinking.

While it is doubtful that Arulpragasam constructed “Matangi” to be a parody of other artists, it’s much more enjoyable to listen to the LP with such an assumption in mind. The downfall of this theory, and the ultimate triumph of the album, is that M.I.A.’s parodies are so intelligent and self-aware that they end up surpassing whatever they’re making fun of.

“Bring The Noize” and “Exodus” have already been addressed, but then there’s “Lights,” which takes cues from Ellie Goulding in its intro and outro; “Only 1 U” takes Nicki Minaj’s obnoxious and banal hooks and turns them into a delightfully catchy Sri-Lankan send-up that probably won’t ever be surpassed by the self-proclaimed “female Weezy.” “Come Walk With Me” spends its calmer Western sections blowing raspberries at late 2000s power-pop ballads.

Of the other tracks are only poking fun, then “Y.A.L.A.” is a direct claymore to the heart of Drake’s burgeoning YOLO empire—Matangi’s lyrics are at their apex when Maya bites: “YOLO? I don’t even know anymore, what that even mean though / If you only live once why we keep doing the same shit / Back home where I come from we keep being born again and again and again.”

Most rewarding is when M.I.A. caricatures herself with “Bad Girls,” taking listeners’ conceptions of the style that dominates Arular and Kala and forces them to mature about 10 years — and yes, it manages to be better than what it’s making fun of.

Matangi isn’t necessarily a great M.I.A. album, depending on what you expect from her. What it is, however, is an excellent up yours to contemporary music, directed straight at the highest charting of the lowest brows. Think of it as M.I.A. Plays the (S)Hits: Trying To Be Better Than Everyone Else And Actually Succeeding.