Nov07 Comments Off on Hip Hop at Harvard 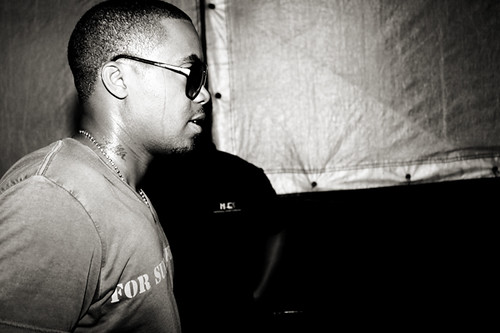 Hip hop at Harvard? I’m sure you never expected to hear those two words in the same sentence.

The fellowship is designed to help visiting scholars partake in hip-hop related research at the Cambridge institution. The scholarship is the result of a substantial endowment from an anonymous donor who wanted Nas to be the poster child of the unique program.

The donor got his wish when the Queens native agreed to lend his name to the fellowship following an email request from Harvard professor, Henry Louis Gates (the current host of PBS’ The African Americans: Many Rivers to Cross).

During the introduction ceremony, Nas said, “Hip-hop is important like computer science. The world is changing. If you want to understand the youth, listen to the music. This is what’s happening right underneath your nose.”

I totally agree. If you want to understand why the current generation of young adults and adolescents act the way they do, check out the music they listen to. It’s not the main reason, but it’s a good indicator. Nas’s involvement with this program showcases his support of music as a cause rather than pure entertainment.

It may be ironic that the 18-time Grammy nominee is the face of an Ivy League scholarship despite never obtaining a high school diploma but Nas’s successful rap career epitomizes the belief that music is more than just lyrics and tempo.

Nas claimed that he was drawn to hip-hop because it is an education in it itself, aiming to address different problems. Despite being a middle school dropout, Nas used hip-hop to abandon his past mistakes and channel his struggles into songs that uplifted others.

Throughout his career Nas appealed to millions of people with message-filled songs like “The World is Yours” and “I Can.” Now he wants to open the door for others to do the same. Who would have thought he’d start the search at Harvard?