Nov07 Comments Off on Dat App: Whatever Happened to 3-D 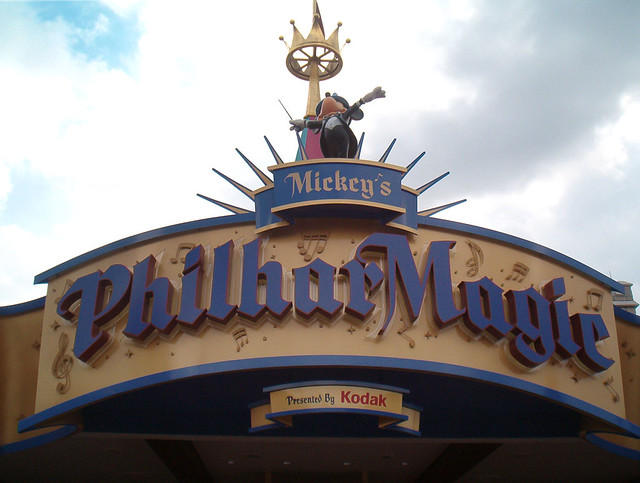 If every 3-D capable television was like PhilHar Magic then we’d have something else on our hands. Except it isn’t./PHOTO VIA Flickr user Sam Howzit

3-D was, at one point, lauded as entertainment’s wave of the future. 3-D movies allowed theaters to raise ticket prices, and audiences loved the new dimension; it was a mutually beneficial situation.

It extended into the realms of television and video games quickly thereafter. 3-D TVs replaced giant LED’s on Best Buy shelves. Nintendo’s newest handheld was the aptly named 3DS. So why did it fail?

There was an unstoppable surge of momentum. Now, 3-D TVs are a novelty, and 3-D movies are fewer and further between. Many attribute this failure to bloated pricing. However I believe that the 3-D industry’s failure is due to consumers’ ennui. 3D was interesting, but was never far-reaching enough to make it worthwhile.

3-D can even be considered other-worldly. For example, at Disney World, in Orlando, there is an 3-D movie attraction, “Mickey’s PhilharMagic“, wherein Donald Duck comically journeys through iconic Disney films.

Unlike most movies, the mind-blowing 3-D is what sets it apart; things physically pop out of the screen, to the point where you can just about reach out and grab them.

The commonality among 3-D movies, TVs and game systems, however, is a second-rate third-dimension which simply adds an exaggerated depth to images. Consumers would be trampling each other to buy a 3-D TV if the added dimension was like the Disney World show, but, the images are only slightly better than traditional television, even with clunky 3-D glasses. The technology is a curiosity, and it’s a novelty, but that’s all it is.

Watching Finding Nemo in 3-D seems cool, until you realize you’ve paid $15 to watch a nearly identical Finding Nemo albeit with more defined schools of fish in the background. Now, if Nemo came out of the screen and seemed to swim around me, then that’d be a different story.

3-D is fun, but not practical. It was a novelty invention for the first five minutes until it became…boring. I wish it wasn’t so. I wish 3-D was a necessity. I wish 3-D was so crucial to the enjoyment of new media that there were bum-rushes to department stores to pick them up. But that isn’t the case. If only the entertainment world took Disney’s example. As usual, Mickey Mouse proves to be the pinnacle of human ingenuity.