Nov04 Comments Off on The Beat: The Return of Slim Shady 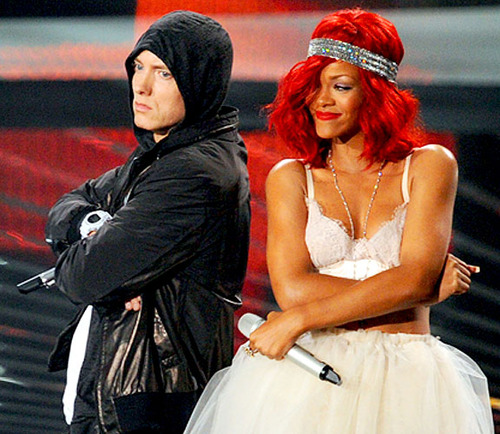 For every poseur, ‘thug’, ‘gangster’ and ‘player’ there is a certified platinum hit by the whitest boy in the game, and he is none other than the perennial king of controversy, Marshall Mathers, aka The Real Slim Shady, aka Eminem.

What is so interesting about Mathers’ and his alter egos is the constant change and development of his musical style and sound. With his last album “Recovery” showing a side of Shady that not everyone was aware he was capable of being, the latest LP from Eminem is a return of the Eminem we’ve all come to love and hate.

Without giving a play-by-play of the new LP, there is no other way to summarize this latest musical venture than a triumph. Eminem is not artist to shy away from the angry, the offensive, or the hard to say, and that is what makes his music so appealing.

With the single “Berzerk” already topping the charts, and “Rap God” not far behind, there hasn’t been a rapper with such charisma and mass appeal to challenge him yet.

Both singles are clearly not out of Eminem’s comfort zone, as they rely on his spitfire verses full of shots at other rappers, celebrities, and anyone who seems to fit into his rhyme scheme. While they might not be as emotionally explorative as other rapper we see today (Kendrick Lamar, Frank Ocean), his mischievous school-boy candor is almost irresistible, and proof that Eminem will never truly fade from the history books.

At almost 14 years of being “in the game,” the return of Slim Shady is guaranteed to secure Eminem a honored place in history, thanks to his natural ability, his personality that manages to seep into every song he writes. Not to mention the charm that Mathers spins through every heart stopping, full-volume track he writes. MMLP2 is a true artistic victory and 2014 looks to be a great year for Eminem.

Watch Eminem’s video for “Berzerk” below: