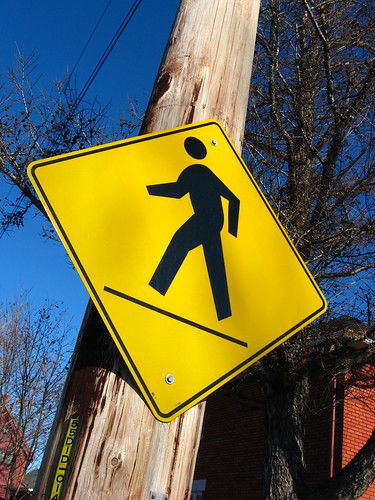 Do yourself a favor and explore Boston the ol’ fashion way./PHOTO VIA Flickr user Peter Blanchard

Hello, hello! It’s time again for advice from yours truly.

On today’s agenda, we have the ever confusing (but necessary) topic of transportation. As a non-Bostonian, I can tell you how difficult it was to accept that a car was not the only means of transportation. At first, I didn’t understand how anyone got around.

However, I realized that one of the great things about Boston is that the public transportation is top notch. If you don’t believe me, try coming to California – there’s a reason we only use cars.

For you clueless souls, here’s a breakdown of some of the public transportation around BU:

The T is just a subway that can take you to just about anywhere you desire around Boston, whether that’s Newbury or the Financial District. The best part is, there are stops everywhere up and down Commonwealth Avenue (conveniently right in front of West and Warren).

Here’s where you ask me how do you differentiate between inbound and outbound.

To make things easier, get a Charlie Card from the nearest T station (Kenmore) and load some money onto it. This way, the fare is cheaper and you don’t have to spend precious minutes getting a ticket.

One of the best and worst parts of BU is the BU Shuttle. Best part? It’s free, and it makes many stops up and down Commonwealth Avenue. It’s incredibly convenient when you have back-to-back classes (especially if they’re from East to West campus or vice versa).

Bad part? They are so unreliable. More often than not, they’re a couple minutes late due to traffic which doesn’t seem like a big deal but when you’re in a hurry, it’s going to be a huge deal.

There are a few apps that facilitate catching the bus – the schedule on the actual BU app & an app called BU Transit (which tells you simply how many minutes you’ll have to wait for the next bus).

Boston isn’t known as a walking city for nothing. It’s free – a college student’s dream. Plus, this way, you really get to experience Boston by seeing and exploring the city you’re going to be living in for the next four years. Also, it’s guaranteed that you won’t get off at the wrong stop (though you getting lost is a different story).

Hopefully you’re not as scared to take a leap of faith on get on the T or trust that the BUS will come on time after this. And of course, always look both ways and especially watch out for bicyclists when you’re walking or even when you’re trying to walk over to a T stop.