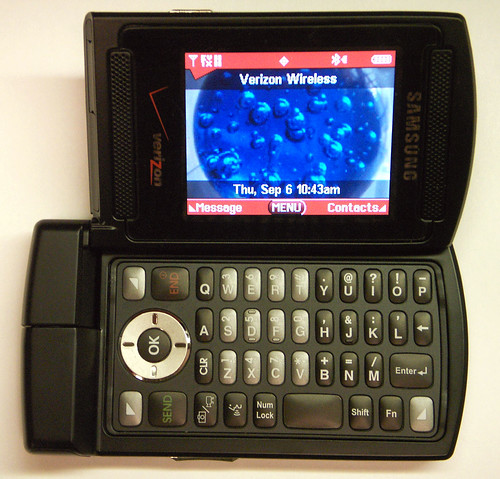 As citizens of the 21st century, we have the technological world at our feet.

And that world of technology may soon be in the palms of our hands.

At the 2013 CHI conference in Paris, a team of computer scientists from the University of Bristol’s Department of Computer Science introduced a series of shape-shifting smartphones called “Morphees.”

Morphees, according to an article in Discovery News, are “Transformer-like” mobile devices that can condense several technological devices into one. While Morphees are still in their primary stages, future models will be able to shift shapes to accommodate your everyday needs. This can range from normal cellphone activity to a using the device as a gaming console.

And just when you thought cellphones couldn’t get any fancier…

Researchers have developed six new prototypes of Morphees and are hoping to finalize a device in the near future. These prototypes were made out of a variety of materials including plastic, paper and wood. Prototypes also contained shape-changing materials and shape-memory alloys.

Although these materials seem hardly fit for a smartphone, researchers have tested numerous materials to develop potential concepts for future models.

Along with a variety of materials, the research team is also considering different shapes for the product. In order to give these devices more affordance –- or, in other words, the capability of an object to tell you how it would like to be used — researchers are entertaining a doorknob-like shape, which will fit nicely in a cupped hand and allow the holder to turn, push or pull it.

While the concept is still in its primary stages, we can look forward to a new generation of gadgets that will transform we utilize our everyday activities.