Apr22 Comments Off on A List of Ridiculous Lawsuits 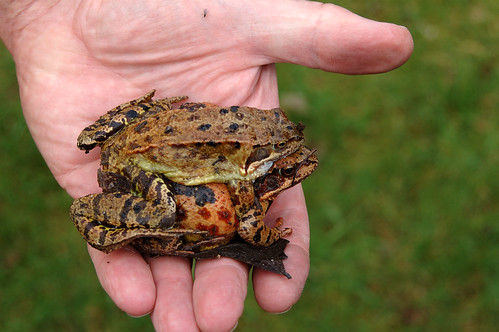 If someone could sue over these, what else could you sue for? /PHOTO VIA Flickr user Raphael Quinet

Not every “conflict” is worth suing over, let’s just be up front about that. Through the years there have been so many outlandish lawsuits to supply a never-ending list. I even found a top ten most ridiculous “lawsuits of the month” list. That is roughly one third of the month taken over by nonsense lawsuits. Now, I am here to provide some direct proof that sometimes we shouldn’t take advantage of our right to sue.

1)    A Time Magazine article recently wrote about a man who won $1.6 million in a lawsuit over frogs. This man has a frog phobia stemming from his time spent on his parents vineyard, and after a construction project had been diverting water (turning his property into a wetland), he has not been able to even leave his home due to swarms of frogs.

2)    An online list provides 25 of some of the very best lawsuits, one being a family of a victim versus Sea World. Now the fact that it involves a victim is concerning until you know just how it happened. Daniel Duke managed to stay in Sea World after closing and was discovered the next day at the bottom of the killer whale tank. Why the lawsuit? Apparently Sea World did not clarify how dangerous “killer” whales are.

3)    On the same list is yet another dumbfounding case, this time between Richard Overton and a beer company, Anheuser-Busch. Overton is suing the beer makers after the lack of beautiful women despite how many beers he had.

4)    Another unbelievable lawsuit was RIAA (Recording Industry Association of America) v. Everyone. This is a constant battle against illegal downloading, which is a just cause, but sometimes they overstep their boundaries. For instance, one case was against 83-year-old Gertrud Walton, who had not only never owned a computer but also died the previous year.

5)    Some lawsuits live entirely in the tech world, such as the case provided by MSN’s tech news page. One case was a woman suing against a driver who hit her while crossing the street. It seems pretty justified but then you consider she was walking in the dead of the night on a busy highway. How is this technology related? Well she’s also suing Google Maps, as it was their walking directions that lead her to walk there.