Apr21 Comments Off on There’s an app for that 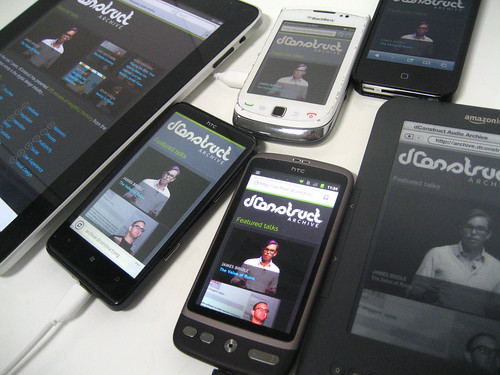 Last week’s American Airlines computer snafu , which caused the cancellation of over four hundred flights, served as a disturbing reminder of how reliant we have become on technology, and how easily it can fail us.

Smart phones, tablets, laptops, etc. We now have countless ways to stay connected. And with every month, it seems, we are introduced to faster and smaller versions of technologies we probably already own. Not to mention the countless apps at our disposal.

While riding the bus to work the other day, I suddenly looked up from my phone and realized that every single person around me was on some sort of mobile device, avoiding eye contact at any cost, as if it were unnatural. And who can blame them? We all do it.

Technology has become a way of distancing ourselves from others; even under the guise of “social media,” we still use our phones and iPods and tablets to avoid human interaction, whether it’s on the bus, or simply walking to class.

Our reliance on technology is particularly clear in those moments when it fails us. We expect so much of our phones and tablets and laptops, and we tend to freak out when it takes forever to download that new game, or when the touch screen on our phone decides it’s not working right now. It’s incredibly frustrating.

We are wired in nearly twenty-four hours a day, googling our every whim, yet we still need more. We demand faster processors, smaller phones, and better screen resolution.

So ask yourself when the last time was that you went a whole day without using the internet; it’s probably not a bad idea to unplug every once in a while.