Apr17 Comments Off on Plan B available to preteens? 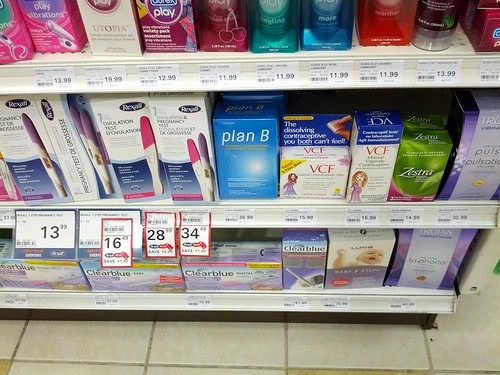 Will Plan B soon be available to anyone without a prescription, regardless of age?/ PHOTO VIA Flickr user Cory Doctorow

According to a recent article in the New York Times, a federal court judge ruled that Plan B, also known as the morning-after pill, should be available without a prescription to women of all ages.  Currently, sixteen-year-olds and younger are required to obtain a prescription in order to be given the drug. As reactions pour in, it’s easy to be swayed to either end of the political spectrum.

Conservatives certainly make an understandable case: allowing extremely young girls access to such a drug might send the wrong message, has the potential for misuse and alienates the rights of the parents.

It’s a little scary to think that an eleven-year-old could soon go into a drug-store and purchase Plan B, with no questions asked and no parental notification necessary.

But what affect does this drug have on young girls? In his ruling, Judge Korman acknowledged the lack of research into the affects of Plan B on very young girls, as presented in the case. However, he concluded that, “Neither drug has any known serious or longterm side effects, though they may have some mild short-term side effects, such as nausea, fatigue, and headache.”

This ruling can also be construed a great leap forward in women’s rights; equal access grants young women the right to be protected from an unwanted pregnancy when other birth-control methods fail.

It also creates a safer environment for these young women obtain the medication without a prescription or parental involvement. Some girls need this type of environment to seek out such a drug, for fear of backlash at home or other adverse reactions.

I think this case can best be summed up in the words of Judge Korman: “This case is not about the potential misuse of Plan B by 11-year-olds. These emergency contraceptives would be among the safest drugs sold over-the-counter, the number of 11 year-olds using these drugs is likely to be miniscule…Instead, the invocation of the adverse effect of Plan B on 11-year-olds is an excuse to deprive the overwhelming majority of women of their right to obtain contraceptives without unjustified and burdensome restrictions.”