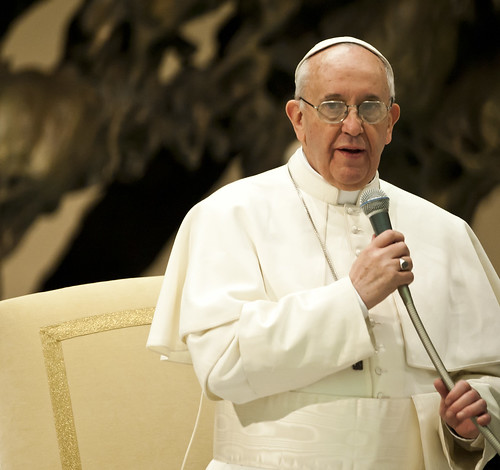 Pope Francis’s election is considered to be one of the quickest in a long time.

In many ways, Francis was unexpectedly an ideal candidate for the papacy. He seemed through his actions to demonstrate the humility needed for this position.

Francis previously led a simple life, using only public transportation for work and even cooked for himself, according to an article by the New York Times.

Pope Francis also brings many firsts to the papacy. He is the first Latin American church leader and the first Jesuit priest to become pope. He is also the first non-European pope in over 1,200 years to hold the position.

His first prayer at the Vatican came off as untraditional, delivering remarks straight to the crowd instead of reading from a written speech. The speech was also only delivered in Italian as opposed to greeting his audience in multiple languages like other previous popes. However, it did serve to show the people of the Catholic Church the humble person Francis is, when he prayed first for his predecessor Benedict XVI.

The new pope’s choice in name was inspired by St. Francis. St. Francis devoted his own life to peace and poverty, which the pope also hopes to emulate. Faithful church members hope that this shift will create a more connected feel between the church and the people.

A different perspective may be exactly what the Roman Catholic Church needs from its pope, after scandals and the former pope’s resignation caused the church to lose popularity.

Despite his less formal, less traditional approach to the papacy thus far, according to the New York Times, Pope Francis plans to uphold the traditional views of the Catholic Church on sexuality, marriage and abortion.

According to the Huffington Post, the pope will be formally installed on Tuesday, March 19. From there, Francis must begin to tackle the issues that the church faces, including handling the sex abuse crisis and reforming the Roman Curia and the Vatican bank.