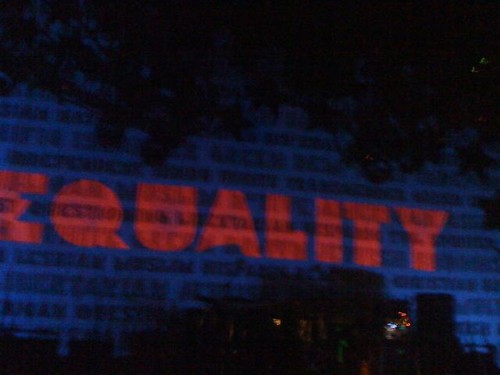 The U.S. Census Bureau announced Monday that it will remove the word ‘negro’ from its surveys, beginning with next year’s American Community Survey, according to the Associated Press.

For a 19-year-old whose only real connection to the civil rights movement is a textbook, it’s shocking that the term is still in use anywhere, let alone a government affiliated institution.

In 2010, however, the Bureau rejected the removal of the term on the grounds that a segment of the population still identified with it. The Bureau’s Director, Robert Groves, stated on his blog that over 50,000 individuals wrote the term ‘negro’ as their race in the 2000 census, many of which were under the age of 45.

Now here’s where the issue gets a bit complicated. The word is outdated, and came into use during the Jim Crow era and has been utilized by the Bureau for over a century. Why was it apparently still relevant just three years ago?

Some might say that this decision mirrors the great advancement the U.S. has made in its dedication to the eradication of racism. But what has changed?

Yes, our nation has made huge strides in the fight against racism, and looking back on our history of outright prejudice and segregation, today’s world looks much better. In the past 150  years, we’ve abolished slavery, ended segregation, illegalized various forms of racially-directed oppression and elected our first black president.

But is this decision to stop using the word ‘negro’ in a survey indicative of our progression away from our violent and racist past, or is it simply the result of a society trying to be being politically correct?

A closer look reveals that the wounds of our past lie just beneath the surface. With Huffington Post reporting on high school students dressing up as Ku Klux Klan members, and public officials donning blackface makeup, both within the past week, it becomes harder to see the progress the U.S. has made.

For a nation that prides itself on diversity and the ‘melting pot’ dynamic, there’s a considerable amount of racism out there. Whether it’s masked by humor, or it is in the form of outright hate crimes (which still number over 6,000 annually, according to the FBI), racism is still alive and well in our country. Progress has been made against it, but more is needed to fully eradicate the racist mentality.

I think that moving beyond the ‘color’ issue will take more than a simple update to the national vocabulary.