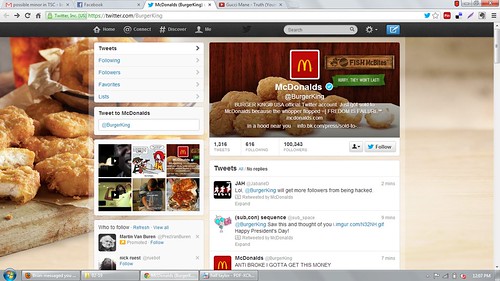 Well, as shown by last week’s Twitter hackings of Burger King and Jeep, big companies are susceptible to hackers.  Burger King’s hacked Twitter claimed that the fast food giant had been sold to its rival McDonald’s because “the whopper flopped,” and Jeep’s Twitter emblem was replaced with the rival Cadillac emblem, according to an article by the New York Times.

What’s even more surprising is that apart from assigning sales representatives to paid advertisers, Twitter does not have any extra security measures in place to protect large companies from being hacked. The Times reported that about ninety percent of Twitter’s revenue comes from advertising.  With such a large portion of profits coming from advertising, it’s no surprise that companies are demanding more security from the popular social media platform.

It remains to be seen what Twitter will do to prevent major hacks from happening in the future, however, the news generated from these recent privacy breaches has only created more buzz for Burger King and Jeep. Which begs the question: is this really a problem for major advertising companies? If major companies can be hacked what does this mean for the rest of us?