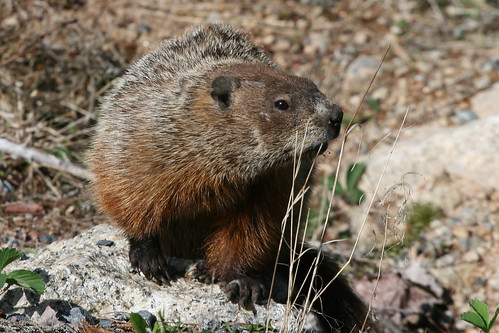 Groundhogs have been predicting whether or not the winter will be longer since 1877. PHOTO VIA Flickr user Steve-23

The world’s most well-known rodent made headlines today. At Groundhog Day 2013, Punxsutawney Phil did not see his shadow when he emerged from his winter residence, thereby predicting an early spring.

It seems our 19th century ancestors had a solid sense of satire, or just deep-set superstition. According to ABC news, predicting when spring will start has been entrusted to groundhogs in Punxsutawney since 1877.

ABC also reports that Punxsutawney’s dutiful groundhogs predicted a longer winter 99 times and an early spring only 16, which makes this year rare.

An early end to winter is welcome news to all New Englanders, though hard to believe with icy temperatures and a forecast for snow tomorrow.

Fellow groundhog “Staten Island Chuck” was also entrusted with the all-important prediction of who will win the Super Bowl tomorrow. He chose the Ravens as the victors over the 49ers. Only time will tell if the furry foreseers are right.